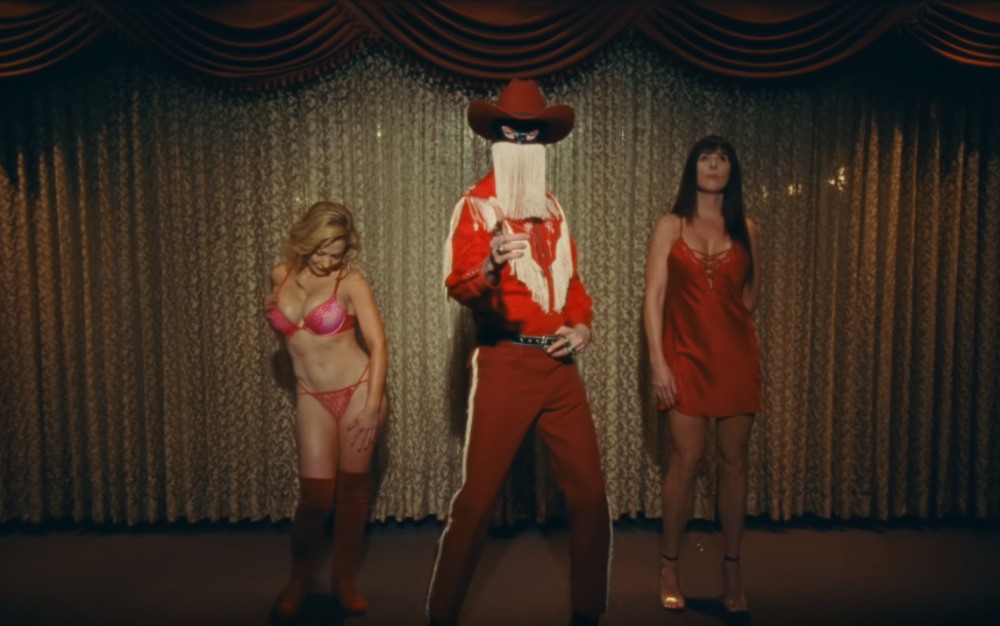 Country crooner Orville Peck has a brand new video out, and the location he chose to film it was at the World Famous Historic Chicken Ranch Brothel.

When our newswire went off that the Chicken Ranch was the location of a video by a country singer we hadn’t heard of, we’ll be honest, our hopes weren’t high. However, after we watched “Dead of Night”, we were nothing short of stunned. The incredible production value perfectly matched the song with the “old Vegas nostalgia” feel of the Chicken Ranch. All while paying homage to the historic Brothel. The beautiful girls of the Chicken Ranch make appearances throughout which made us watch more than once (currently at more than a few dozen times). 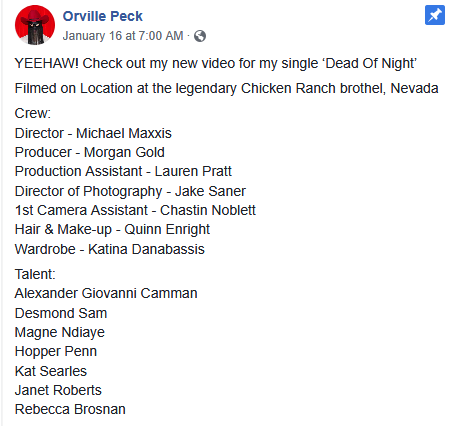 We reached out to Madam Trudy of the Chicken Ranch who told us that it was this picture of Brad Pitt that made them fall in love with the location, and the wheels were set in motion.

If the guy in the gray suit looks familiar to you, that’s Sean Penn’s son, Hopper Penn.

See for yourself. Check the Chicken Ranch Tour video below it and you can match the rooms. You’ll see the main Parlor room with the curtains closed for the music video.